I know I typically use my blog to share valuable practicing tips, musical resources and all kinds of super important stuff with readers.

Today I’m blogging about the music from the Royal Wedding.

While this might seem a bit “off-topic” for me, I actually think using real life moments and events to draw musical connections is an awesome and exciting way for kids to learn. And there was so much great music in Prince Harry and Meghan Markle’s wedding that I simply HAD to make it a teachable moment!

The Processional: “Eternal Source of Light Divine” by Handel

Welsh soprano Elin Manahan-Thomas sang this beautiful Handel piece as the Princess-to-Be processed to the altar. Not only did she have to worry about singing correctly, but also managing to time the  music to Meghan Markle’s processional pace as she walked down the aisle!

The piece itself has a royal history, as it comes from a larger work of Handel’s, “Birthday Ode for Queen Anne”. The cantata was written for Queen Anne’s birthday, obviously, and also to celebrate a peace treaty that ended the War of the Spanish Succession.

The Director and Choir of St. George’s Chapel

James Vivian, the Director of Music for St. George’s Chapel, oversaw the music at the ceremony and is the conductor for the Choir of St. George’s Chapel, which has been around since 1348! The choir performs all over Europe as well as at 8 church services per week at the St. George Chapel.

That CHOIR! (The Kingdom Choir, singing “Stand by Me” and “Amen/This Little Light of Mine”)

This was perhaps my favorite musical moment from The Royal Wedding. I adore gospel music, and this incredible choir’s rendition of Ben E. King’s “Stand by Me” brought me to tears!

I’ve always loved that particular song, but what I didn’t know is that it was also a song that was used as a rallying cry during the Civil Right’s Movement, which was happening at the time when the song first rose to popularity. In a service where the pastor quoted Dr. Martin Luther King’s ideals about love, this seemed especially fitting.

The Kingdom Choir is a group of British artists who are directed by powerhouse gospel singer Karen Gibson. As Prince Harry and Princess Meghan left the chapel, the choir burst into the gospel classic “Amen/This Little Light of Mine”. It is a favorite in African-American churches across America, and the choir sung the version by Etta James.

Apparently Prince Charles is a big fan of gospel music, and I love the way these choices in music reflected both musical tastes and cultural heritage.

Another favorite musical moment of mine was listening to the incredibly gifted nineteen-year-old cellist, Sheku Kanneh-Mason, play three classical music selections for the Royal Couple towards the end of the service.

My kiddos and I have loved listening and watching videos of this young performer since the Royal Wedding, and learned that he was the first black musician to be honored with the BBC Young Musician award (which he received in 2016). Meghan Markle herself called him to invite him to play for the wedding.

I enjoyed learning more about his family and musical background in this piece from CBS Sunday Morning:

How about you? What were your favorite musical moments from the Royal Wedding? 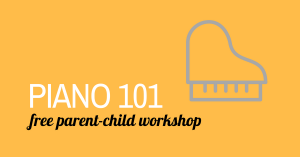 Five Things to Do Before Your Child's First Piano Lesson.
Find A Good Piano Teacher For Your Child.
Taking Kids to the Symphony